She Can You Can – 🇮🇳 Release

An alphabet book of iconic Indian women to inspire young girls and boys in India.

The book presents stories of 26 iconic women from India who broke the glass ceiling in various different professional fields.

I worked on this project with my wife and a remote illustrator(now a dear friend) in Kolkata, India who I had never met before. 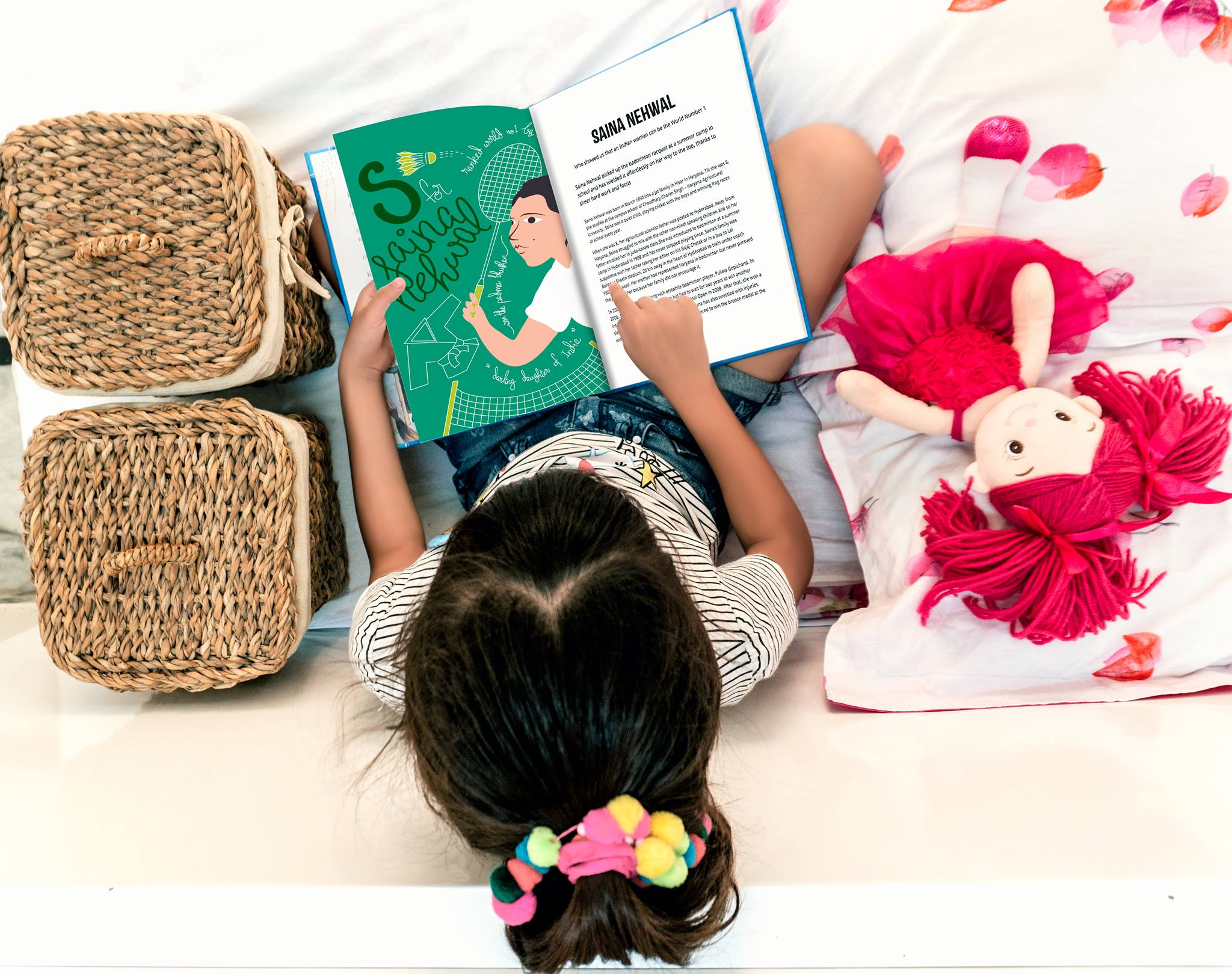 Image of a girl holding a prototype of the book

This was a 2 year long journey. For someone like me who has spent majority time in tech startups, it felt like an excruciatingly long time.

But the reality is that books need patience. There are so many steps involved before the final print that its crazy. Here is a quick summary of a few crucial steps of the process behind this book:

I decided to crowdfund the idea. It was done preemptively without much planning but I did it because I really wanted to increase the stakes. Publicly stating your goal and asking strangers for help is a big challenging step but the hard work turned out to be worth its weight in gold. Once this step was complete, there was no going back.

We were eventually supported by 60 people and raised around 3000 USD.

The seemingly simple idea became more complex when we confronted the problem of who to choose and how to choose. This was honestly the hardest part of the process and in the eventual list, we balanced several attributes like region, social class, profession and area of field etc. The alphabet nature of the book also presented a constraint. Just for this, we had to go back and eliminate so many characters.

Working with an illustrator who we had never met or worked with before was another challenge. We got so lucky here that its crazy. The illustration work itself involved diving deep into knowing each character and bringing up cool, unique facts about the person.

For most of the life of the project, We thought we would self-publish it but as we got close to the finish line, we realized that we are first time authors trying to publish a book in India sitting from California. Even if we were to somehow magically get it printed, it would have been impossible for us to distribute it in India remotely.

So we eventually decided to try finding a publisher. The search itself turned into a mini project spanning several months of random hustle with cold emails but we eventually turned a corner. In the end, we got not just 1 but 3 offers and we settled with Harper Collins Children’s Book Division, India.

Once we had a publisher onboard, several aspects of the book were improvised and changed.

For most of the duration of this project, we had named it “Bharatiya Nari”. The term’s literal meaning is “an Indian woman” but its often used in popular culture as a term to define crass woman. We wanted to turn that understanding on its head. After we started working with the publisher, it was eventually changed to “She Can You Can”. The original term is a Hindi word which would not help in promoting the book in several regions within India.

We also changed the book layout. We had originally planned just 1 spread(2 pages) per character but finalised on 2 spreads(4 pages) eventually. It almost felt like the work doubled but in the end, it was worth it.

Our plan was forever to do a hardcover and a paperback version of the book but in the end, the hardcover format was axed by the publisher.

It was made available at several bookstores nation wide. For promotion, we held several workshops and drawing sessions in Kolkata. It was also featured in the 2019 Bookaroo book fair held in Varanasi.

It was covered in Indian express, LiveMint, Feminism In India and can be bought from Amazon.

“A great informative book for students. I loved reading it and as an educator I am sure many students will be benefited from this. Lovely illustration makes book reading fun. Thanks!.”